Skip main navigation
Home Understanding social change: How does the world get back to normal?
Published on June 22nd, 2021

As we look forward to life after the pandemic, we explore societal change and try to determine when life will return to normal. 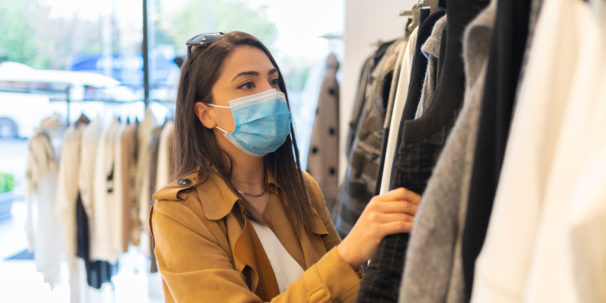 We’re undoubtedly living through a pivotal time in history. Future generations will learn about the COVID-19 pandemic and its impact on society for many years. While we can’t say for sure exactly what this impact will be, we can certainly think about what post-pandemic life will look like. One way of doing so is by exploring how the world got back to normal after previous life-changing events.

As well as examining the causes and effects of social change, we’ll also look at how life changed after similar global events throughout history. Finally, we’ll discuss what the new normal might look like after the pandemic.

What is social change?

Let’s start by looking at a social change definition. Essentially, social change refers to alterations in the way that people interact with each other within a social structure. According to Britannica, this can impact areas such as cultural symbols, rules of behaviour, value systems, and social organisations.

The changes in human interaction and behaviour happen naturally over time, and societies adapt to the circumstances around them. As such, social change can often be gradual or go unnoticed. However, major global events can cause more rapid and quantifiable changes.

To further understand major societal shifts, it’s worth understanding some of the elements that can prompt changes. As we’ve seen in our social change definition, these elements can impact society in both the short and long term.

In reality, the causes of social change vary considerably, and both short-term and long-term trends can alter the way we live our lives. That being said, there are a few areas that can make a significant difference to the structure of societies:

One of the greatest drivers of change is technology. As our understanding of the world improves, technological advances can help us reach new heights. Think about how the industrial revolution changed the way we worked or how the internet has broadened our access to knowledge. Technology can affect seismic shifts in the way we interact with the world.

Closely tied to technology is the field of science. Scientific endeavour brings many advantages to our society. Whether it’s making resources more accessible, improving healthcare, or overcoming disease, advances in the field of science can vastly alter the way we structure our lives.

The areas mentioned above can, at times, take generations of gradual progress to make lasting social change. However, negative events such as war, disease, and economic shocks can also result in significant and rapid changes.

To better understand the way societies change, let’s look at a couple of examples. One shows the gradual ways in which social progress was made, while the other shows a rapid change after a global event.

In the US during the 1950s and ‘60s, the civil rights movement helped to bring about an array of social changes. In the struggle for social and racial justice and equality, a series of movements and events changed political policy and social attitudes. Millions of people protested, marched, and raised awareness for the institutional issues in the US.

Although the ‘50s and ‘60s were the peak of the civil rights movement, efforts towards equality, desegregation, and an end to discrimination had been ongoing for many decades. Of course, struggles for racial and social equality are ongoing, as seen with the Black Lives Matter movement that gained traction in summer 2020.

The terrorist attacks of 11 September 2001

Close to 3,000 people died during the 9/11 attacks. The event sent shockwaves around the world and resulted in a whole host of societal changes. The US launched a ‘War on Terror’, and many countries strengthened their anti-terrorism legislation, giving increased power to law enforcement.

Other impacts included the transformation of air travel, and in the US, a greater focus on home life, higher church attendance, and increased expressions of patriotism. These social changes were rapid, and the effects are still being felt today.

Major events in history: how did life change?

Before we think about how life might change after COVID-19, let’s first look at some past examples. Such impactful global events are rare, but there are some notable ones:

As we explore in our open step on the plague, the disease is caused by the bacterium Yersinia pestis (Y. pestis). This bacterium was responsible for one of the most devastating pandemics in human history: The Black Death. This pandemic originated in Asia and spread to Europe in the mid 14th Century, killing up to an estimated 50 million people in Europe alone (60% of Europe’s population).

How did life change?

The Black Death devastated Medieval Europe between 1347 and 1353 AD, yet it brought around a number of significant changes to the world:

The Spanish Flu pandemic of 1918, the worst outbreak of influenza in history, swept around the world, killing tens of millions of people. At this point in history, the war had been raging for the past four years, yet the media, on the whole, were making little mention of this deadly pandemic.

How did life change?

Life after this pandemic, as well as the end of World War I, was different on several fronts:

How will life change after COVID-19?

As we’ve seen with the two examples above, a ‘return to normal’ isn’t necessarily something that exists. Society is constantly changing, and major events, scientific developments, and activism all contribute to this change.

So what might post-pandemic life look like? It’s hard to say, exactly. However, there are certainly some ongoing changes we’ve seen in recent months that may impact the future. Here are some examples of the ways in which society might change after COVID-19 is over.

We’ve already written a couple of articles about working life after the pandemic ends. While many of us have been working from home full-time recently, some experts expect a hybrid working model to become commonplace going forward.

As we explored in our post on returning to work after lockdown ends, we might expect smaller offices, more co-working spaces, and a greater attention to things like health screenings. Workplace wellbeing may become even more important.

As the current pandemic has unfolded, technology has played a crucial role in helping us track and understand the disease. Areas such as data visualisation have aided our understanding of large data sets, for example. Similarly, remote working has meant employees and customers have continued to move online.

A study by McKinsey found that technological developments such as remote working/collaboration and an increase in cloud computing will accompany changes in customer behaviour. We will quite possibly all be more digitally connected than before.

It’s not just businesses that are turning to technology, either. Many educational institutions are using blended learning while pandemic restrictions are in place.

Of course, there is a danger that this move towards technology and connectedness has the potential to create inequality. We must ensure that everyone has equal access to the internet and the new ways of working and studying.

Around the world, healthcare systems have borne the brunt of the COVID-19 pandemic. As well as having to react to this new threat to global health, healthcare workers have had to develop new strategies for coping during the pandemic.

A report by global engineering consulting firm WSP outlines some of the lessons that need to come from this health crisis. The report states that:

‘We need to make healthcare buildings more readily adaptable, and healthcare systems more resilient, and we need to use technology to support and nurture the caregivers who are their lifeblood. We also need to strengthen the links between healthcare and health-creating activities, and address the ways that cities contribute to poor health.’

Healthcare systems will hopefully have the support they need to prepare for and deal with future such events. Similarly, concepts such as telemedicine could become more common when conducting remote consultations and triage.

The long-term impacts on society are hard to guess. In the short term, we’ve seen new ways of interacting with others – social distancing, mask-wearing, and limited gatherings remain in place for many.

We’ve also seen impacts on mental health. In the UK, for example, feelings of loneliness have risen from 10% in March 2020 to 26% in February 2021. What this will mean in the years to come isn’t certain, but the need to take care of our mental wellbeing is clear.

There are also fears that factors such as vaccine inequity could make the gap between wealthy and poorer nations even greater.

We cannot yet say what the societal change after the pandemic will look like. However, it’s clear that we’ve already seen some significant changes, at least in the short term. And, based on similar global events from the past, it’s likely that these social changes may be far-reaching.

It’s difficult to say when, or even if, society will return to normal. Social change is an ongoing process that is driven by both gradual change and sudden events. Hopefully, in the case of the COVID-19 pandemic, we can use this global event as an opportunity to learn from our past mistakes and enact positive change on an individual and societal level. 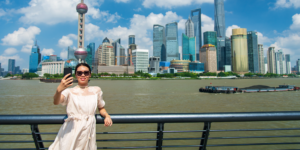 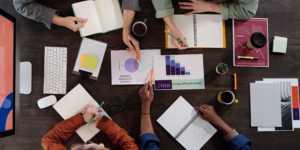