Skip main navigation
Home Where does the language of cyber security come from?
Published on July 26th, 2016 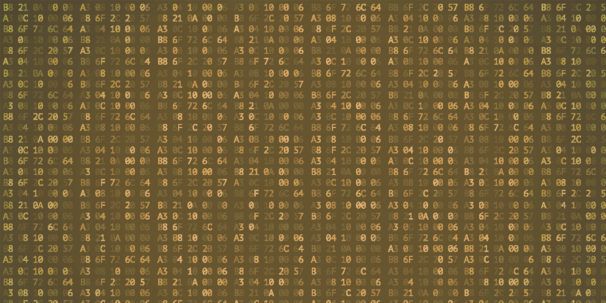 As we create more and more new technology, we need more and more names for our creations. But where does this language come from? Is it conjured from nothing? Is it pieced together franken-word style? Do we just recycle existing words? Let’s explore.

If someone’s phishing, they’re trying to get private information by pretending to be a legitimate enquirer. An altered version of ‘fishing’, the first (apparent) use of phishing is in 1995, in documents from AOL. The use of the fishing analogy is clear (you’re luring someone in) but the addition of the ‘ph’ on the other hand is a little trickier to work out  It may have been done purely to differentiate from ‘fishing’ but it’s more likely to be a borrowing of the prefix in ‘phreak’ – someone who defrauded phone (hence ph) companies in the 1970s.

A ‘worm’, in the world of tech, is a computer program that replicates itself so it can spread to other computers (usually for less than pleasant reasons). Like phishing the analogy here is clear – a worm is something typically seen as an unwanted, something that burrows in, an infestation. So how did it end up a sort-of-homonym? The first usage is actually in fiction, in John Brunner’s 1975 sci-fi novel The Shockwave Rider: “you have the biggest-ever worm loose in the net”.

Another analogy – this time borrowed from the Ancient Greeks and their trojan horse myth. A trojan in today’s world is a computer program that misleads the user, posing as one thing whilst being something else entirely. Although it’s hard to track down the first use, computer trojans emerged in the 1980s, proving that Ancient Greeks were great at spinning a long-lasting tale.

One of the easiest words to work out the origins of, malware, the umbrella term for nasty software, is a compound of ‘malicious software’. There are now a proliferation of ware words: software, hardware, spyware, adware, ransomware, wetware. The last being an interesting reversal – an application of technological language to biological matter, wetware refers to the brain or the nervous system.

Similar to worm, a firewall is another sort-of-homonym (and a sort-of-analogy). In the technological sense it’s a security feature that protects your computer from potentially dangerous online traffic but in the original 1850s sense it meant a physical wall meant to stop the spread of fire. Now these walls stop digital fires.

(Or if it’s language you’re after, check out our language courses.)