Skip main navigation
Home / Literature / An Introduction to Teaching Vocabulary / What do the researchers say about choosing books to read to pupils?

What do the researchers say about choosing books to read to pupils?

Researchers have identified principles which can be used to identify books chosen to read to children.
© Copyright © Babcock IP Management (Number One) Limited [2019]. No unauthorised copying permitted
There are many reasons why we choose the books we do to read to pupils. In general, research suggests that the books should be: • Challenging in terms of ideas and concepts. Many pupils, especially younger pupils, understand more than they can read themselves. • Worth talking about • Outside the repertoire that the pupils would normally read by themselves • Reflect the diversity of society • Cover classic and contemporary texts • Fiction and non-fiction and range of genre

This content is taken from
Babcock Education online course,

View Course
But there are other considerations if we want to maximise the ‘vocabulary visits’. In Reading Reconsidered, Doug Lemov and his team¹ looked at the requirements the secondary aged pupils he worked with needed in order to succeed academically after leaving school. Their findings showed that their pupils needed to be familiar with a wide range of texts that were dense both in terms of words but also meaning, i.e. hard texts. They then set about trying to identify complexity of text and came up with the five aspects which they called the plagues of reading. • Archaic texts. These are texts which were written a long time ago when different words were used as well as word order and sentence structure. Read through The Tale of Peter Rabbit and identify aspects that young children might find more challenging. • Non-linear time. Stories do not always start at the beginning and move step by step through time to the end. They jump around time and can spring forwards or backwards with little warning. Listen to Michael Morpurgo reading the opening to Farm Boy and think about the number of time changes there are in this short reading. • Complexity of narrator. A text can have multiple narrators, unreliable narrators, a naïve narrator or narrators that interject in the story. Being introduced to these types of narrator prepares pupils for reading more complex stories where the narrators are unreliable or where there is more than one. Read The True Story of the Three Little Pigs by Jon Scieska and Lane Smith. How would you help pupils to understand that the narrator is unreliable? • Complexity of story (plot and symbolism) Following multiple plots which are interwoven is obviously more complex than following a single plot. If you have the time, read part of Love That Dog by Sharon Creech and consider the plots in the story. • Resistant text. This is text that refuses to yield its meaning. It might be the whole text or parts of a text and is written to be deliberately so. Read The Lost Thing by Shaun Tan which starts at 29 seconds. What might make this a resistant text? You will need to use the pause button to look at the pages in more detail. What Lemov et al argues is that pupils should be introduced to these five plagues early so that the complexity of text and language is built and developed as pupils move through their school years until they can read complex texts and make meaning from them independently. Teresa Cremin, in her research Teachers as Readers: Readers as Teachers, found that many teachers had a limited knowledge of children’s authors and illustrators and that this had an impact on how reading was taught in schools – including reading to pupils. In order that we develop a wider knowledge of books, we have created Google sheets for three age ranges where you can share children’s books that you are familiar with which fit the five plagues. Click on the age range of pupils that you work with and share the books. KS1 (5 – 7 yrs old) Lower KS2 (7-9yrs old) Upper KS2 (9– 11 yrs old) KS3 (12 – 14 yrs old)

The 5 Plagues of the Developing Reader http://tinyurl.com/y2earljk 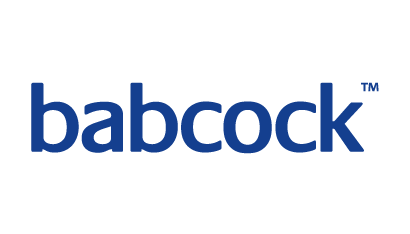