Find out more
Home What is green hydrogen and how is Australia making an impact?
Published on May 3rd, 2022

Green hydrogen is an exciting form of renewable energy and Australia is making breakthroughs. Learn more about hydrogen power and its uses. 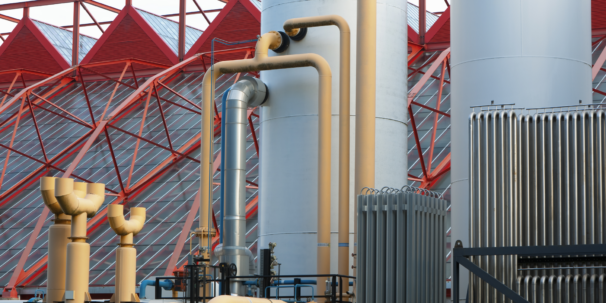 Australian researchers are getting closer to the days when we’ll be able to say that green energy is competitive with the use of fossil fuels. This development has significant implications for climate change and the future of many industries.

Let’s dive deeper to understand the role that Australia plays in the use of this renewable and sustainable energy resource!

Let’s start with the basis of everything we’ll discuss today – energy. Energy, as defined by scientists, is the ability to do work. It can come in many forms like heat, fuel, electricity and more.

Renewable energy comes from sources that can replenish themselves. Great examples of renewable resources are wind and sunlight. They’re both powered by nature, nothing else.

With concerns of global warming becoming greater, everyone’s eyes are on renewable energy. It’s much better for the environment than fossil fuels as there are infinite amounts of renewable resources and the cost can actually be lower than using fossil fuels.

In 2020, the government reported that 7% of Australia’s energy came from renewable sources. However, green hydrogen companies in Australia, like Hysata, are taking leaps to bring that percentage much higher!

We’re going to learn more about green hydrogen specifically below, but for now, just know that it’s another form of renewable energy.

The process of creating green energy is called “electrolysis”. Hysata has developed a way to make electrolysis much more efficient, saving time and money.

Another positive outcome, other than the environmental perks, is that the Australian hydrogen industry could potentially generate 7,600-10,000 jobs and $11-26 billion annually.

This could assist in Australia reaching its goal of net-zero carbon emissions even earlier than expected.

What is green hydrogen?

You may be wondering: what is green hydrogen? And why should I care? Green hydrogen is a type of hydrogen that is created using renewable resources like wind and solar power.

Green hydrogen is an energy source similar to coal, oil, and even solar energy. There are many different ways that we can use green hydrogen.

It can be stored in the gas pipelines in your home, powering your household appliances. It can also directly power fuel cells in ships and cars. Potentially, it could power almost anything.

Fossil fuels, on the other hand, are nonrenewable resources that are causing harm to our planet. In 2020, reports suggested that fossil fuels supplied 84% of the world’s energy.

Producing fossil fuels creates pollution and toxic emissions, lending its hand to the rapid effects of climate change. If we want to halt global warming, we need to immensely reduce our use of fossil fuels.

Other alternatives to fossil fuels that have become popular are solar energy, wind energy, and hydroelectric energy. However, these energy sources have disadvantages as well. Mother nature has a mind of its own, so these sources aren’t always dependable.

Ultimately, green hydrogen is an energy source that we can use for many things. It’s better for the environment, and its use could ultimately help lower our reliance on fossil fuels. Fossil fuels are causing lasting harm to the environment and any potential alternatives are well worth the try.

Many experts agree that the use of green hydrogen reaps many benefits. Let’s dive into the advantages of hydrogen power:

It’s better for the environment

During the process of creating green hydrogen, no pollutants are released into the environment. That’s the #1 issue with fossil fuels, and green hydrogen energy eliminates that.

It’s a versatile form of energy

Green hydrogen can transform into many different types of energy, including electric and synthetic gas. Here are some examples of its uses:

Right now, the most common uses of green hydrogen energy are:

It can be created relatively easily wherever there’s water and electricity. There’s no need to depend on another country to transport the tools needed to create the energy (like fossil fuels). Scarcity isn’t a factor here.

We can store green hydrogen in extremely large quantities for a long period of time. This is useful because other energy sources, like batteries, don’t have as long a shelf life.

Efficiency is better than other energy sources

Hydrogen actually contains three times the amount of energy as fossil fuels, pound for pound. Because of this, less hydrogen is needed in order to do its job.

Although there are clearly many advantages to the use of hydrogen energy, there are also disadvantages. Let’s explore a bit further and see if the pros outweigh the cons.

This is the main factor that prevents green hydrogen from being the main source of the world’s energy. Electrolysis, the process used to create green hydrogen power, is extremely expensive to perform.

There are safety concerns

Hydrogen is highly flammable, which obviously can be very dangerous if not taken care of properly. It also lacks smell, unlike gasolene, which makes detecting a leak more difficult. This is a significant cause for concern.

Hydrogen must be transported under high pressure for it to maintain its efficiency. It also can only be transported in small quantities, because of safety concerns. Much more gasolene can be held on a truck than green hydrogen, causing the transportation costs and energy use to cancel out many of the pros.

Although it is true that hydrogen is a renewable source of energy and has very little impact, fossil fuels are often used to create hydrogen. The non-renewable sources of either coal, oil or natural gas can be used in the process of electrolysis.

Many changes would have to be made

For hydrogen energy to be the first choice energy source, we would have to change many things in our everyday world to accommodate that. For example, all cars would need to be made as fuel cell vehicles to be able to use hydrogen as their energy source.

Now, let’s circle back to Hysata – the company that has created a revolutionary, high-efficiency electrolyser used to make green hydrogen. What role are they playing in capitalising on green hydrogen use in Australia? Check out their mission statement here:

“​​Our mission is to accelerate the world’s shift away from fossil fuels to green hydrogen by delivering the world’s most efficient, simple and reliable electrolyser.”

According to Australian researchers, they’ve made a giant leap in the world of green energy, bringing us closer to a time when it could be a top contender with fossil fuels as an energy source. This is all thanks to Hysata.

The main issue within the green hydrogen industry is that the current electrolysers are costly, complex, and not very efficient. However, Hysata has created a new method that eliminates these issues.

Less resistance means that less energy is needed. To achieve this the team used readily available materials to suck up the water between two electrodes, using a sponge-type membrane. They also avoided creating bubbles within the apparatus.

While this is certainly a little confusing to comprehend, the main thing to understand is that by making those small changes, resistance was reduced immensely.

This is what Hysata’s electrolysis method has achieved, according to their site:

Learn more about green hydrogen in Australia and renewable energy with FutureLearn. Check out these courses today: