PLEASE NOTE: This course was retired on 28 Nov 2019. This means it is no longer being updated or maintained, so information within the course may no longer be accurate. FutureLearn accepts no liability for any loss or damage arising as a result of use or reliance on this information.

The importance of narrative arc

In this article, Professor Rinehart reflects on the concept of narrative arc, with reference to one of his favorite writers.

“Kurt Vonnegut is one of the most famous authors of the last century, and certainly one of my favorites. He is best-known for his novel Slaughterhouse-Five, which was published in 1969 and went to the top of The New York Times Best Seller list. But while Vonnegut is now a famous writer, he didn’t start out that way.

Vonnegut studied anthropology at the University of Chicago from 1945 to 1947. Here he describes the concept underpinning his thesis proposal:

I love Vonnegut’s idea that ‘stories have shapes’. As we discussed in the previous video, narrative arcs are important things to consider in all of your presentations. You are taking your audience on a journey with you, and you need to be thoughtful about how that journey unfolds. Where do you start? How much context should you provide? When do you unveil your proposals?

A few years ago, a terrific designer named Maya Eilam created the infographic below, which brings Vonnegut’s original thesis proposal to life. I think it’s a great visualization of some of the journeys audiences go on with stories or presentations.” 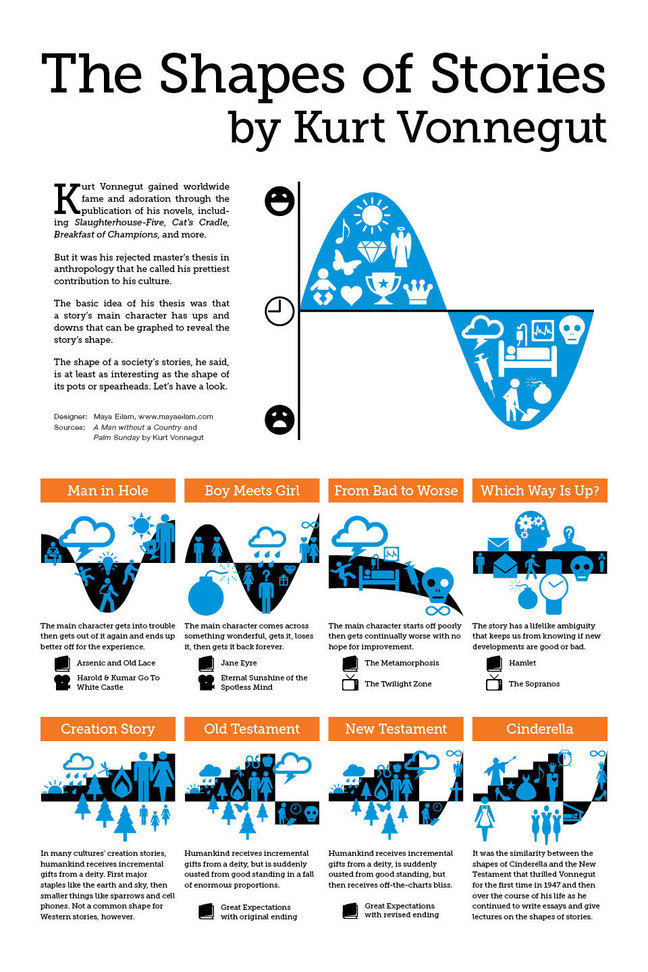 What do you think about Vonnegut’s idea that all stories can be drawn on paper? Do you think narrative arcs are important things to consider when building business presentations? Add a comment to share your ideas with other learners.

Going mobile and the Internet of Things

What is occupational fraud?

The science of perception and cognitive load