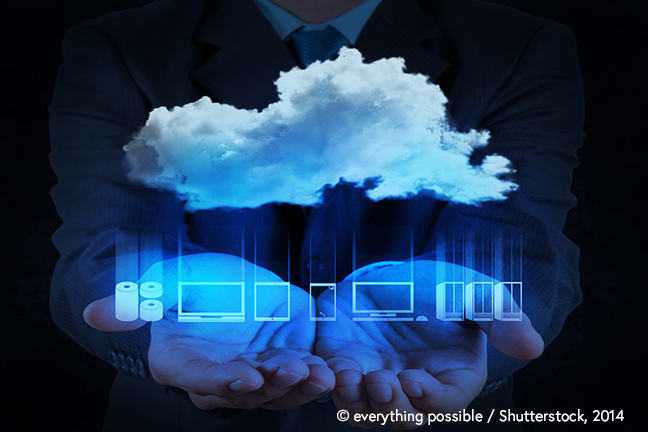 Who owns our digital assets?

This article by Rebecca draws from ongoing work in collaboration with Dr. Janice Denegri-Knott (Bournemouth University) and Dr. Mike Molesworth (University of Southampton)

In this article I discuss ways in which fragmented ownership may limit consumers’ access to, use and management of their digital goods, making meaningful possession strained or difficult.

There is no doubt that emerging digital technologies are transforming consumer cultures. It is well documented that they have changed the way we shop for material goods, as we have already explored in an earlier Step this week.

The rise in the information available to consumers through price comparison sites, review sites, specialist online communities and deal forums, for instance, means that manufacturers and middle men are feeling the pressure of informed, savvy consumers who know what they want and how to get it at the best price long before they enter stores, if they do so at all.

Shopping online enables access to a wider range of consumer goods at lower prices, conveniently delivered to our doors, whilst high streets and malls have been forced to develop more engaging and pleasurable retail experiences to compensate for smaller ranges and higher prices.

However digital technologies are prompting even more profound changes in consumer culture and market relations as we witness the emergence of a range of intangible digital goods which cannot be used in material reality, but are nonetheless real and can be embodied by technological devices such as laptop computers, mobile phones and videogame consoles in order to be accessed and consumed.

MP3s now outsell CDs, whilst downloaded films and eBooks are beginning to replace their material equivalents.

Beyond the digitisation of traditionally material goods, however, we see new forms of digital goods emerging which have no clear material equivalent, from social media accounts, apps, blogs and bookmarks to digital swords, potions and avatars within videogames.

Digital goods have been presented by some scholars as potentially liberating consumers from the burdens of ownership. Indeed, recent years have seen the emergence of an array of access-based models in the digital realm. Netflix has 83 million subscribers compared to 44 million in 2014, while the number of paying Spotify subscribers has reached 40 million, a week after Apple Music announced 17m subscribers (information from the Financial Times - you need a subscription to access these articles).

Access-based consumption may reduce the relevance of ownership for today’s consumer. For instance it seems that for Spotify and Netflix users, owning and possessing films and music becomes unimportant.

Consumers may hold the right to use an object in some ways but not others, with multiple parties holding rights to the same object simultaneously. Thus beyond full ownership and access an array of complex, fragmented ownership forms emerge.

In acquiring, using and accessing digital goods consumers must agree to terms set out in End-User License Agreements and/or Terms of Use/Service contracts which typically include a range of restrictions on ownership.

For instance, video gamers tell stories of ‘my very first avatar’, ‘the armour my friend gave to me last Christmas’ and ‘the car I created with my girlfriend’ (Watkins and Molesworth 2012). These digital goods are not experienced simply as functional objects but as meaningful and often irreplaceable digital possessions.

Thus where consumers hold only limited rights to their digital goods we might consider the extent to which restricted ownership may inhibit their meaningful possession.

Often restrictions are placed on the use of digital goods, as is the case in the eBook market.

It has become commonplace to employ digital rights management (DRM) technologies to control the use and distribution of intellectual property in digital form, using techniques such as data encryption, digital watermarks and user plug-ins.

Companies may apply DRM to the eBooks they sell, which amongst other restrictions, may make them incompatible with competing devices and applications.

Such restrictions are not placed on our use of material books - we might see this as equivalent to buying a paperback that can only be read with a pair of spectacles purchased from the same book store.

Such restrictions on use impinge upon consumer’s control over their eBook collections.

Imagine, for example, a reader who accumulates a sizeable collection of Kindle eBooks but is later gifted a Barnes & Noble Nook device by a loved one.

This individual may be unable to transfer their existing content onto their new device since the Kindle Store Terms of Use grants the consumer the right to use Kindle content ‘solely on the Kindle or a Reading Application or as otherwise permitted as part of the Service’, a restriction enforced by the DRM technology encoded within the eBook itself.

Consequently consumers may find ways to overcome such restrictions, and increasingly websites and forums provide guides to stripping DRM from eBooks. However the fact remains that what might seem reasonable use of a purchased eBook requires actions illegal under ownership legislation.

In 2012 actor Bruce Willis was reportedly preparing to sue Apple over the right to bequeath his iTunes music collection to his daughters.

Whilst this story was later refuted it raises the question of whether we can indeed pass on our iTunes libraries (and other digital content) to others.

World of Warcraft’s Terms of Use, for instance, state that it ‘does not recognise the transfer of World of Warcraft Accounts […] You may not purchase, sell, gift or trade any Account’ (Blizzard, 2015).

Thus whereas we may have passed down our childhood toys to our children, repeating this practice with a treasured World of Warcraft avatar would breach the service’s Terms of Use. Thus the prevalence of family heirlooms, and more broadly the concept of second hand goods with a history of previous ownership, may be eroded as possessions increasingly exist in digital form.

Subscription-based business models such as Spotify and Netflix clearly position access to digital goods as temporary.

Yet in the case of content hosted online there may be a perception of permanence but no guarantee of continued access. Accounts may be terminated where consumers are seen to have violated the company’s terms, the service may be discontinued, whilst data loss is another potential risk.

When consumers’ relationships with content is functional and framed as accessing a service this lack of continuity is less problematic.

However Watkins and Molesworth (2012) demonstrate that consumers can form strong emotional attachments to digital goods within videogames, many of which exist within massive multiplayer online games. One participant, for instance, talks lovingly of her World of Warcraft avatar, describing her as ‘my baby’ (Watkins and Molesworth, 2012, p.162).

However, World of Warcraft provider Blizzard Entertainment retains the right to terminate this individual’s account ‘for any reason or no reason, with or without notice’ (Blizzard, 2015).

Increasingly we see companies encouraging consumers to engage in meaningful relationships with web based platforms and hosted content.

For instance in 2011, as part of their ‘The Web is what you make of it’ campaign, Google released an advertisement featuring a father sending anecdotes, photographs and videos to his daughter via email throughout her childhood with the intention of one day reflecting on these emails together.

Here it seems that Google is encouraging its users to create treasured digital scrapbooks using its services.

Indeed, it has been estimated that 5% of children under two are estimated to have a social media profile, with new parents religiously uploading treasured photographs and leaving meaningful messages to be read together in years to come.

However consumers cannot rest assured that these lovingly crafted digital scrapbooks will remain available for their children to show to their own offspring or reflect upon in old age.

Aside from fully owned digital goods and clearly positioned access models, an array of more complex and limited ownership structures exist which may have significant consequences for consumers.

It is difficult to imagine crafting a coffee table only to realise that we cannot take it with us to our new home, leave it behind when we pass away, or even be assured of its permanence, however similar restrictions are placed on many digital goods.

Such restrictions become particularly problematic given the multitude of evidence to suggest that EULAs and Terms of Service agreements are rarely read.

Indeed, even where contractual agreements are read, their content may leave the consumer confused as to exactly what rights they hold. This may result in tensions where a corporation sees its offering as access to a service, but the consumer comes to perceive digital goods as possessions.

Perhaps most worrying is the existence of digital goods within platforms owned and controlled by corporations who are able to change the terms of contractual agreements at any time.

Public policy still needs to catch up with these developments - whilst the online privacy agenda is well established we are yet to see how consumers might regain rights to their digital possessions.

For further reading, see related links at the bottom of this page.