This content is taken from the Deakin University's online course, The Self-aware Coach. Join the course to learn more.
View course 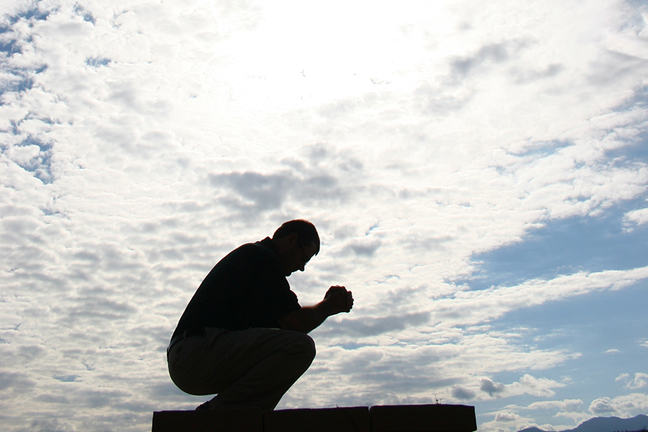 Moving a team from good to great needs level 5 leadership. Where are you now, and what do you need to do to get to the next level?

So far in this course we’ve introduced the notion that viewing work as a calling is often associated with a mindset of placing others, or a cause greater than yourself, as the primary focus.

In this, and all of my other courses, I make a strong case for the most effective leaders and coaches being those who employ a player-centred or other-people-centred approach. This approach places people’s development needs as the primary focus, taking a holistic view of growing them as people and as independent thinkers.

The player-centred coach engages players in thinking about their own game rather than making the decisions and then telling players what to do. Later in this course we’ll discuss personal values, suggesting that overly self-serving values will tend to limit rather than enhance leadership and coaching effectiveness when compared to values more focused on serving others, society and/or the environment.

The notion of leaders placing others’ needs ahead of their own is certainly not a new one. As early as 1970 Robert Greenleaf coined the term ‘servant leadership’.

He wrote, ‘the servant-leader is servant first… It begins with the natural feeling that one wants to serve, to serve first. Then conscious choice brings one to aspire to lead. That person is sharply different from one who is leader first’ (Greenleaf 1970 p. 6).

According to Greenleaf, a servant-leader focuses primarily on the growth and well-being of people and the communities to which they belong, while traditional leadership generally involves the accumulation and exercise of power by one at the top of the pyramid, often where people work to serve the leader.

Servant leadership is not about making coffee and running around cleaning up people’s mess behind them. It’s also not a touchy-feely feel-good philosophy. Greenleaf speaks about unlocking potential and abilities in others, delegating responsibility, collaborating and engaging them in participative decision-making and helping others become the best they can be.

Research shows that in the medium to long term, and compared to other organisations, servant-led organisations have happier and more engaged people, better corporate cultures, higher staff retention and higher profits (see for example, Gavin & Mason, 2004).

Another well-known leadership author, Jim Collins, studied 1435 companies and, from them, identified 11 truly great ones, which he wrote about in his book Good to Great (2001). These 11 companies were led by what he called ‘level 5 leaders’, with four levels of leadership below them in decreasing leadership impact.

Two paradoxical qualities Collins (2001) identified in level 5 leaders were ‘extreme personal humility’ and ‘intense professional will’. Humility is characterised by not seeking success for personal glory, being quick to share credit for success and first to accept blame for their own mistakes. In direct conflict with this is arrogance and self-serving behaviour.

‘Professional will’ includes things like resolve, committing to their (well-informed) decisions, and being fearless in making difficult decisions. Leaders with professional will hire the best and then fully engage the expertise and knowledge of those they hire.

Collins (2001) suggests that there are two categories of people: those who have the seed of level 5 and those who don’t. Those who don’t simply cannot get past their own ego and self-focus to entertain building something larger and more long-lasting than themselves. Work for them is about getting something for themselves – fame, fortune, power, accolades, whatever – and not about what they build, create or contribute.

According to Collins there’s a larger group of people who have the potential for level 5 leadership. He suggests some of the key factors that will help unlock this potential include self-reflection, conscious personal development, a great mentor, teacher or coach, a level 5 boss and significant life event. 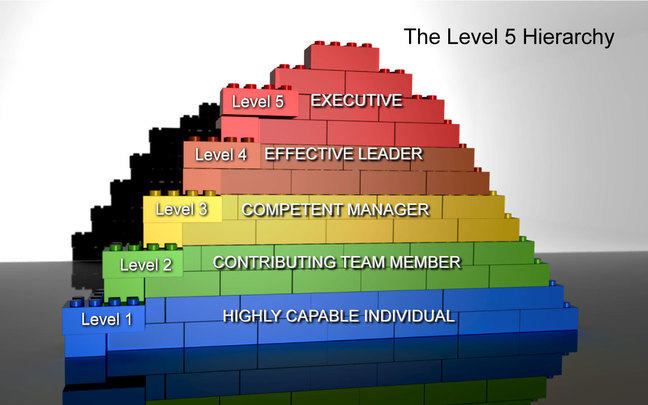 Unfortunately a process for becoming a level 5 leader has not yet been discovered. Collins does say the answer probably lies in the inner development of a person, while Greenleaf suggests that a capacity to listen is a core attribute of a servant-leader.

This is further confirmation for those seeking leadership and coaching excellence of intentionally engaging in the journey of self-awareness, personal mastery, deepening our inner foundations as leaders and coaches and of living according to our highest values.

A leader doesn’t have to move sequentially through the Level 5 Hierarchy, but rather to be a level 5 leader, must encompass all of the capabilities in the lower levels.

Identify where you’re at on this hierarchy and reflect on where you’d ideally like to be. If you’re already at level 5, reflect on what you’ve done to become this type of leader.

Share your thoughts with your peers and discuss what other learners in the course have done that can further inform your approach.

Collins, J 2001 Good to great: Why some companies make the leap and others don’t. Random House Business Books, London.

How do you classify your role?

Playing to inner and outer strengths

Training and Development at Work: An Introduction

Explore different types of workplace training and the methods practitioners use to inform training design and implementation.