Find out the basic principles underlying the lawful reuse of existing works. 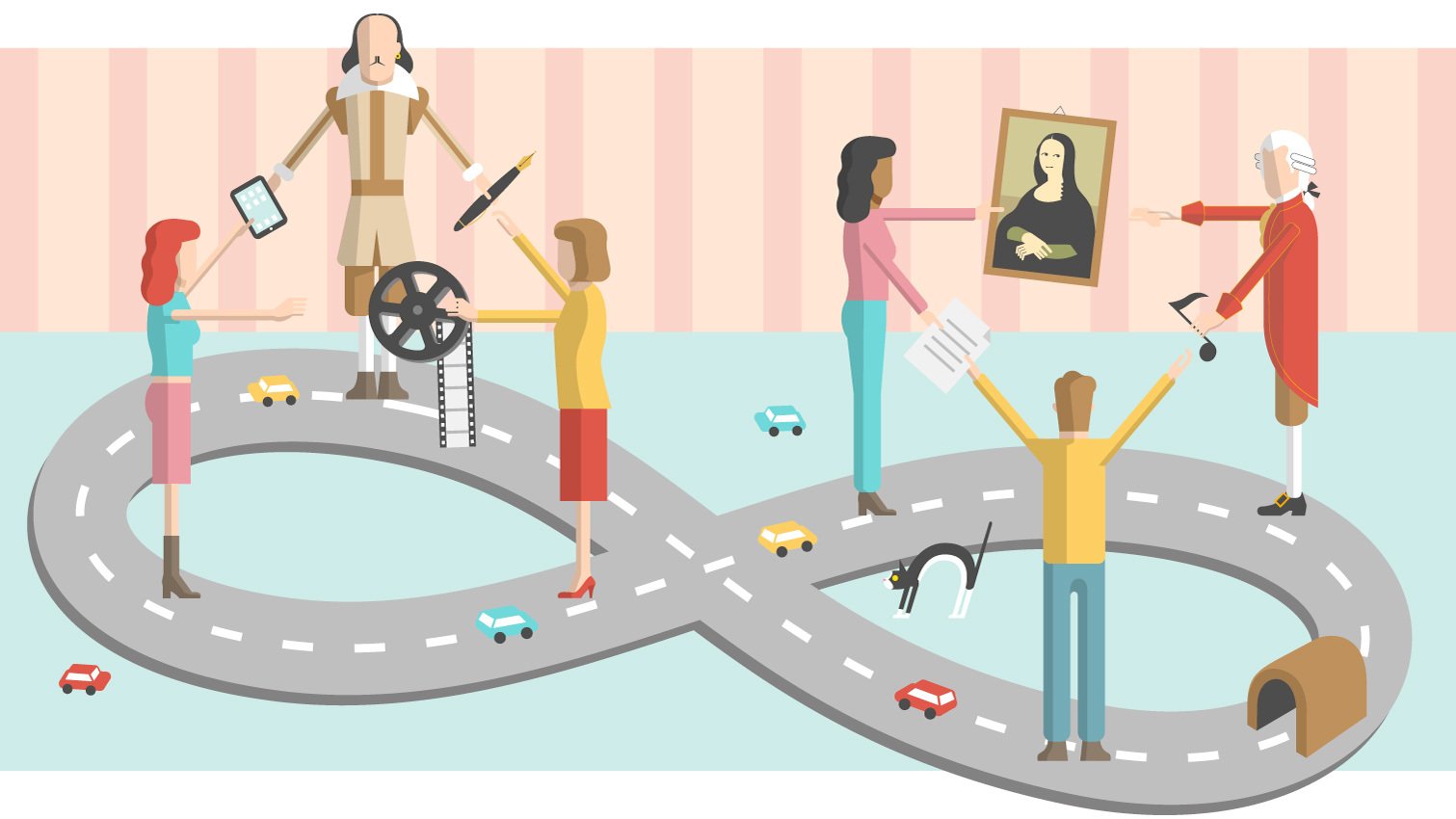 When creating new work, it is natural to be inspired by the work of others. However, there is an important distinction between simply being inspired and copying. In order not to infringe someone else’s copyright – meaning that you trespass on or otherwise interfere with their rights – you need to make sure that your work is substantially different to the work that inspires you. According to UK copyright law, your work is considered original – and thus protected by copyright – if you use your skill, labour, judgement and effort to create it. Using another’s work is copyright infringement when ‘the work as a whole or any substantial part of it’ has been copied without permission or without the benefit of a copyright exception (as we have seen in Step 1.5).Therefore, taking an insubstantial part of a copyright work without permission is allowed. This is because the law recognises that no real injury is done to the copyright owner if only an insignificant part of the work is copied.The meaning of ‘substantial’ taking is defined on a case-by-case basis. Under UK copyright law substantial taking is considered by the courts to be a matter of quality, not quantity. So it is not just about how much you copy from someone else’s work, it is about the importance of the parts that you take from that work. This makes it difficult to define exactly what amounts to a substantial part of a work.For example, copying one table or a graph from a textbook on mathematics might be regarded as substantial copying – even though it is only one from hundreds of pages – on the basis that it took considerable effort to produce and that it conveys a lot of important information in a simple and easily digested form.In one case making use of 50 seconds of a song was found to be a substantial part because that particular part was recognisable by the public. The 50-second sequence within the song does not need to have copyright protection in its own right, but, taken as a whole, it was understood by the courts to be a substantial part of the work.

Hi there! We hope you're enjoying our article: Using other people’s work – introduction
This article is part of our course: Music Copyright: Understanding UK Copyright Law When Working with Music