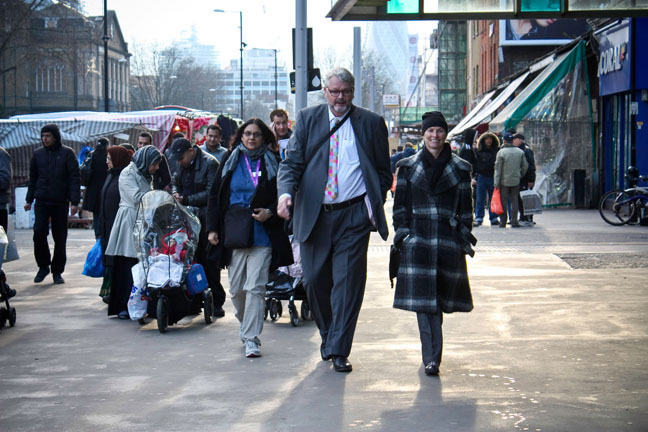 When we’re calibrating Flex we need to know what we are Flexing to, so we need genuine local knowledge. There are two simple ways to gather it:

Here is a story to help illustrate this from Gavin Dyer, the Sales & Marketing Manager, of Weir Minerals in South Africa: ‘I asked one of my direct reports in Africa for some figures. There were some difficult decisions to be made, we were under real pressure to make them and I needed some facts and figures. Instead of giving me the information I asked for, he sent me an email about a crocodile and a fish. I vividly recall my response when I got it: “What the hell is this idiot up to?” I am not certain what I might have done next. The pressure to pin down what we were going to do on the issue was intense, and I thank my lucky stars that he said this, via email, from a long distance. If we had been in the same room, face to face, I think I might have lost his respect for life. But then my secretary told me to hold on and, instead of just getting angry, work out what he was trying to say.

The truth was that he was telling me that I was going down the wrong route in my thinking. What he was saying – using an allegory – was to hold off because there was another way to look at the deal and with a better solution. It was a pretty scary experience and, without doubt, a watershed moment for me. One of those moments you recall forever, when real learning took place. I was brought up in the Western way of thinking and the Western way of leading. I deal in facts, and I communicate through facts. If you are brought up in the African tradition, you deal in stories, and you communicate your message through stories. The two cultures don’t have to clash: they can be very effective together, but only if I get better at seeing the message in the story – and my colleague gets better at judging what I needed in stressful situations.’

Here is another example of a very interesting article to help illustrate the importance of gathering local knowledge, which looks at the different ways to get the best out of meetings in different parts of the world.

So we listen for good local knowledge, and then we have to keep Flexing the Flex, when the temptation is always there not to. We can’t spend our whole life seeing the world through other people’s eyes, but we can get a great deal better at it than we are now.