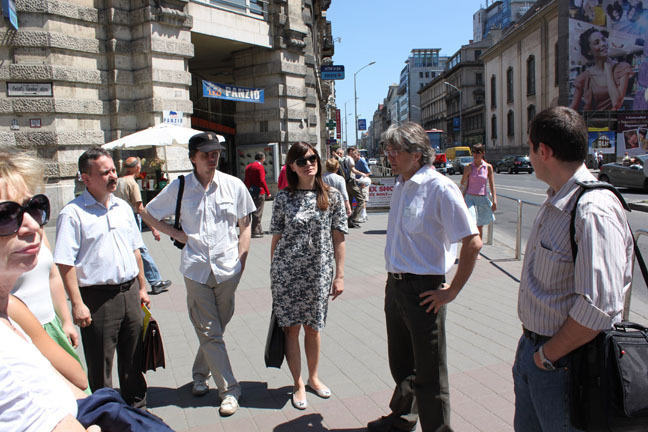 Cultural ignorance is less aggressive, less premeditated and less deliberate than cultural intolerance, yet still has an enormous impact on Cultural Intelligence.

There is a human tendency to generalise, piecing together a series of apparently connecting facts to produce unreliable yet equally logical conclusions. Sometimes we can turn specific experiences into a general theory in order to support a claim, using the experience as a justification.

The thinking that tends towards generalisation also generates pre-judgement, which is often based on inadequate or unconnected facts that may, in any case, be out of date. It forms the basis, however, for all kinds of ‘fact-based’ opinions, judgements and decisions. Not that all pre-judgements are manipulated. Pre-judgement can spring from passion or commitment too. To bring about change, we often have to fight the forces of lethargy, so we need passion to sustain us, to keep going, to make our case again, to draw people in and to inspire them (and often to keep others out and prevent them from stopping things). This passion is crucial, but it can also produce our own form of pre-judgement. We become so passionate about our argument that you see only the data that reinforces it and the people who agree with us become the only people we hear. We all have convictions of how things should be done, and we simply cannot compute that other people have ways that might work at all, never mind work better.

Form your own opinions

We all have to get better at forming our own opinions. Here’s a small but telling example from my brother, who keeps horses. One of the events in the Summer Olympics is the modern pentathlon. For the last event, competitors are given a horse they have never ridden and just 20 minutes to ride it for the first time. You can also speak briefly to the horse’s groom. The organisers select 40 suitable horses and allocate them to riders randomly. In 2012, they chose my brother’s horse Trini (short for Trinidad). She was an unusual selection because she was significantly smaller. The other horses were huge and sleek, and looked the part.

A Hungarian rider got Trini. He was trailing far behind from the previous events, and his heart must have sunk when he saw her. Then he met her groom: a short young woman who cannot have looked the part to him either. She gave him a piece of advice: ‘Don’t ride Trini. Just sit on her, hold on and she will do it. If you tell her what to do, she will stumble.’ He made an instant judgement to trust a far from elegant horse who was tiny for the job, and to trust a groom who did not fit the image, and follow her advice. It must have seemed counter-intuitive, since they were big jumps and reading the course, tracing the best route and calculating the numbers of steps between each jump is what show jumping is all about. But he took the advice, climbed into the saddle and let Trini get on with it. They did a clear round (one of very few on the day), and he finished the overall pentathlon with a bronze medal. Even in a nanosecond, his decision proved right.

Work out whom to trust – and then form your own opinions, because ‘received wisdom’ (and all the assumptions it brings with it) can catch us out.