This content is taken from the Coventry University's online course, Introduction to International Logistics. Join the course to learn more.
View course
1.7

Nowadays, logistics forms a huge part of a country’s economy.

If we take the UK as an example, there are 195,000 logistic enterprises and around 2.5 million people working within the logistics industry. See the image below for a visual breakdown of the numbers by region. 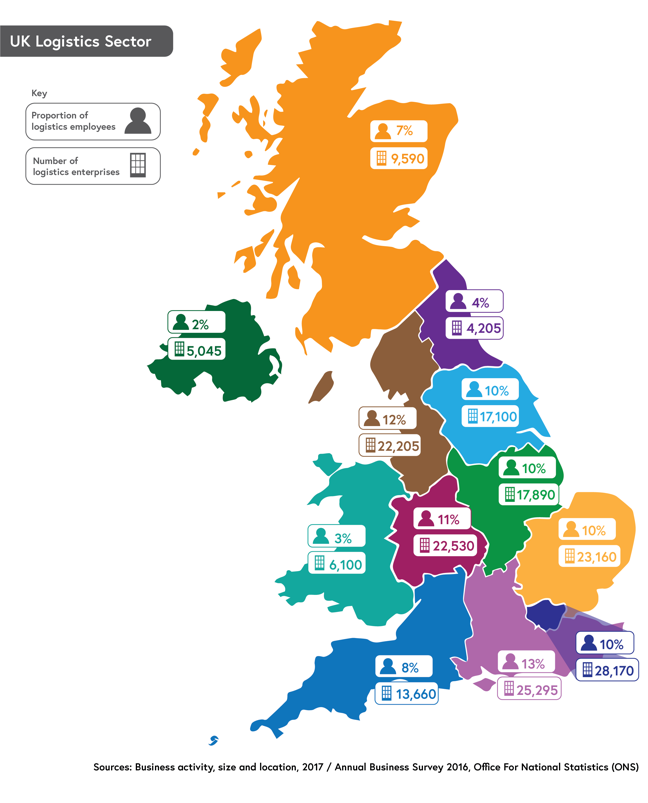 The geographical context of trade is key when we consider the economic importance of logistics. The UK’s import/export volumes and trade agreements, like any other country, are central to its economic performance. 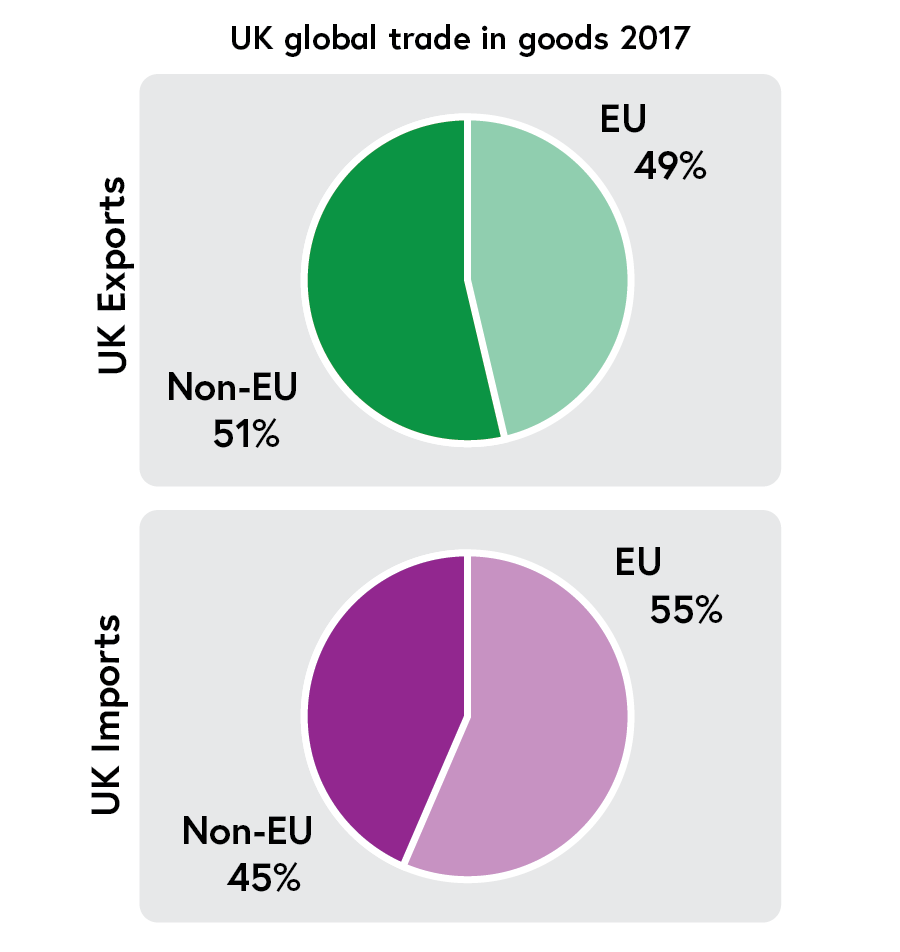 As we can see from the figure above, the UK exported marginally more to non-EU countries (51%) compared to the EU (49%) in 2017. However, the UK imported more from the EU (55%) than non-EU countries (45%). The UK’s economic performance in the future will depend on its future trading relationship with the EU and the rest of the world. We’ll explore trade agreements later in this short course.

Globally, the costs associated with logistics represent a significant proportion of a country’s GDP, but these can be reduced through proper planning and management. The table below shows the logistics costs to a country as a percentage of their GDP in 2015:

Compare your own country with another country of your choosing. Investigate the logistics proportion of GDP for each country, and why one of the two countries has a higher proportion.

Get an introduction to mergers and acquisitions with this first course in a program from the New York Institute of Finance.

Learn how to make better business decisions with financial information.