A moment of realisation

Watch Myrna Atalla and Faraz Khan discuss moments when their Core & Flex moved
View transcript
0.5
The discussion about Core and Flex is a very interesting one to think about. And I think it relates to my own relationship to work and my work ethic. I’m Lebanese by background. But I grew up in the United States and have a very intense and deep relationship to work, which basically means that I work all the time. And because it’s for a social purpose, of course, there are no bounds. And I don’t really stop myself. But this isn’t just because of mission, drive. I used to work earlier in my life, when I was exploring the different options, in a law firm. And I worked for an American law firm in Paris.
48.3
It was sort of a really unique environment. But basically the demands were endless. And I was often left the only person until four and five am in the law office, because actually the French colleagues had a very clear approach to work. And they would go home at a certain point in time. And I just continued working, both out of a personal drive to finish, and also because I worked for Americans. So there was no end, until the HR department of the company brought me in one day to tell me that, actually, according to French labour law, you have worked too many overtime hours. And you cannot work anymore overtime hours.
99.6
So I mean, it really is a basic, ingrained part of my being. Fast forward. I am no longer contemplating what I want to do. I run a venture philanthropy organisation, concentrated on the Arab region. We’re small. We’re lean. We’re mean. And part of the work ethic that I create in our work environment is that we have to be absolutely excellent and work all of the time, because we’re trying to make major culture change in a region that is desperate for it.
137.4
That has now taken a– I mean, I basically had to renegotiate my relationship to work, since the arrival of my son. It was really a very difficult, in the beginning, pill to swallow that actually I cannot simply be egotistical about my work and put it first all the time, because really and simply I had to keep a small child alive.
171.1
And since coming back to work, which is, of course, a great joy, I have found that I’m able to– maybe I’m not able to, but I really choose to prioritise time with my family and question my own sort of natural instinct to do more work, and have now found that actually when I balance my work and my family, I get more out of my work, and my family life begins to thrive. It’s nevertheless a constant struggle. But what I’ve realised is family, the joy of my husband and my son, are actually very much Core. And if I don’t consider them Core, then they will suffer.
232.1
At times you come across concepts that you know, but you don’t know in a way that once you do, oh, that makes sense. That’s absolutely– it was already there. And then over the week, when you start reflecting on it, one of the main things that, at least in my experience, that came out very strongly with me, I always thought that I was– or in my leadership position, I always come from front. I am the person who actually takes things vocally, and I persuade. I’m the tip of the spear. This was in my head. And I thought I would not be useful in any process if I was not the tip.
288.1
And when I kept this process in mind, and the Core and Flex concept in mind, during the whole week, there were a lot of exercises. And I realised that in a lot of situations, my tip was absolutely useless.
308.3
Probably in my culture, or in my environment, where I’m settled, it’s all right. It works. But not necessarily everywhere. And I was, in fact, an obstacle, rather than a support function or a contributing factor in the whole process. So I had to shift. And I realised it was not the Core, what I thought I had. It’s more of a Flex. You have to change. And I was much more useful at the back, creating the structures and just making sure things kind of gelled. The supporting function was more gratifying. And actually, it was more meaningful.
354.7
But that was something which was– I dive into my own self in context of Core and Flex.

Leaders who are looking to gain Cultural Intelligence are constantly working on this sliding scale. They are always finding new ways to test and challenge themselves to see where this line should be set, and when it should move. At Common Purpose we regularly work with leaders from all around the world. Here is footage taken from some recent events and discussions we have facilitated with Myrna Atalla, the Executive Director, of Alfanar and Faraz Khan, the CEO and Co-founder, of SEED Ventures, highlighting when they noticed these subtle shifts in their Core and Flex; and how that impacted their ways of working.

This content is taken from Common Purpose online course 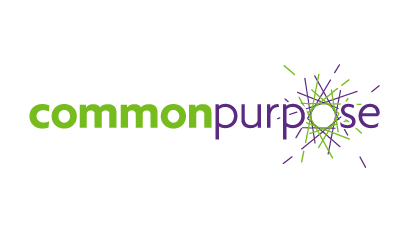 Hi there! We hope you're enjoying our article: A moment of realisation
This article is part of our course: Developing Cultural Intelligence for Leadership