Find out more
Home National heroes of the Philippines
Published on June 21st, 2022 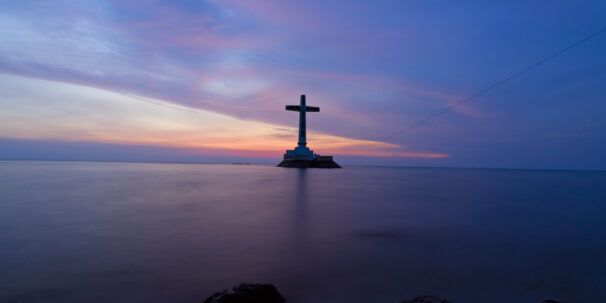 In this article, we’ll explain the significance of National Heroes’ Day in the Philippines, and the criteria that qualify a historical figure for national hero status. We’ll also round up the nine officially recommended national heroes of the Philippines.

What is National Heroes Day in the Philippines?

National Heroes Day, the last Monday in August, is observed as a regular national holiday. In Tagalog, it is known as “Araw ng mga Bayani.”

National Heroes Day, observed since 1931, commemorates and remembers all Filipino national heroes, particularly those who do not have their own unique anniversaries or commemorations.

Despite its prestigious-sounding title, National Heroes Day commemorates not only famous Filipinos from the past and present, but also nameless Filipinos who have contributed significantly to the cause of freedom, justice, and Philippine nationhood.

What makes someone a national hero?

Although there are no laws that declare a Filipino a national hero, there are factors that determine whether a historical figure meets the criteria.

On March 28, 1993, former President Fidel Ramos established the National Heroes Commission, which is entrusted with recommending national heroes to be acknowledged for their character and services to the country.

The panel was also entrusted with evaluating and developing criteria for determining whether or not a historical figure is a national hero.

The committee created the following criteria:

The 9 national heroes of the Philippines

José Rizal, full name José Protasio Rizal Mercado y Alonso Realonda, was a Filipino physician, poet and writer who inspired the Philippine nationalist movement. He was born on June 19, 1861, in Calamba, Philippines, and died on December 30, 1896, in Manila.

Rizal was born to a wealthy landowner and received his education in Manila and at the University of Madrid. He was a skilled medical student who dedicated himself to reforming Spanish authority in the Philippines, though he never called for independence. Between 1882 and 1892, he lived in Europe and wrote the majority of his works.

Noli Me Tangere (“The Social Cancer”), Rizal’s first novel, was released in 1887 and was an exposé of the evils of Spanish authority in the Philippines. His status as the foremost speaker of the Philippine reform movement was cemented by a sequel, El Filibusterismo (1891, “The Reign of Greed”).

He rose to become the leader of the Propaganda Movement, publishing numerous pieces to its Barcelona-based journal, La Solidaridad. Rizal’s aims included the integration of the Philippines as a province of Spain, representation in the Cortes (the Spanish parliament), the replacement of Spanish friars with Filipino priests, freedom of assembly and expression, and equality of Filipinos and Spaniards before the law.

In 1892, Rizal returned to the Philippines. He created the Liga Filipina, a peaceful reform movement in Manila, and was banished to Dapitan in northwest Mindanao. For the next four years, he lived in exile. The Katipunan, a secret Filipino nationalist organisation, rose against Spain in 1896.

Although he had no ties to that organisation and had played no role in the uprising, the soldiers apprehended Rizal and tried him for sedition. He was found guilty and publicly executed in Manila by a firing squad. José Rizal’s death persuaded Filipinos that independence from Spain was the only option. While imprisoned in Fort Santiago on the eve of his execution, Rizal wrote the poem “Ultimo Adiós” (“Last Farewell”), a classic of 19th-century Spanish verse.

Andres Bonifacio (1863-1897), was the creator and head of the nationalist Katipunan organisation, who led the revolution against the Spanish in August 1896.

Bonifacio had minimal formal education and worked as a messenger and warehouse keeper before becoming involved in revolutionary activity. Nonetheless, he was a voracious reader. Unlike José Rizal, who fought for reforming Spanish authority in the Philippines, Bonifacio advocated for total independence. He formed the Katipunan in Manila in 1892, based on the Masonic order’s organisation and ceremony.

Bonifacio led the long-planned insurgency in Luzon in August 1896, but his men were beaten by Spanish troops, forcing him to flee to Montalban in the north, where Emilio Aguinaldo, one of his lieutenants, continued the fight.

As the Spanish crushed the insurrection, it became evident that Bonifacio was an incompetent military leader. A conference at Tejeros in March 1897 named Aguinaldo, not Bonifacio, as the president of a new Philippine republic. Bonifacio attempted to form his own rebel government after refusing to accept the decision. Andres Bonifacio’s death came about when he was caught and tried for treason by Aguinaldo in April 1897, then executed by firing squad.

Emilio Aguinaldo (1869-1964) was a Filipino leader and politician who battled for the Philippines’ independence, first from Spain and then from the United States.

Aguinaldo’s parents were Chinese and Tagalog. He was the local head of the Katipunan, a revolutionary movement that battled the Spanish ferociously, and was mayor of Cavite Viejo (now Kawit) in August 1896.

In December 1897, he and the Spanish governor general signed the Biac-na-Bató Pact. Aguinaldo promised to leave the Philippines and live in exile for the rest of his life in exchange for a large cash payoff from Spain and the promise of liberal reforms. While in exile, however, he arranged to return to the Philippines to assist the Americans in their war with Spain.

On May 19, 1898, Aguinaldo returned to the Philippines and declared a fresh rebellion against Spain. On June 12, 1898, the Filipinos declared independence from Spain and established a provisional republic, with Aguinaldo as president. In September, a revolutionary assembly assembled and recognised Filipino independence. However, Spain gave the Philippines, along with Puerto Rico and Guam, to the United States.

Tensions between Americans and Filipinos quickly escalated. The Malolos Constitution, which declared the Philippines a republic and was accepted by both the legislature and Aguinaldo, was proclaimed on January 23, 1899. Aguinaldo was elected president after serving as president of the interim government.

The expected conflict between Americans and Filipinos erupted on February 4 in Manila. The Filipinos, who had battled valiantly, had been defeated on all fronts by the morning of February 5.

What remained of the insurgency was finally put down after three years of costly fighting when Aguinaldo was caught in his hidden headquarters at Palanan in northern Luzon on March 23, 1901, in an operation headed by Gen. Frederick Funston. Aguinaldo signed an oath of loyalty to the United States, received a government pension, and retired to private life.

Post-independence, President Elpidio Quirino named Aguinaldo to the Council of State. Emilio Aguinaldo’s contributions in his final years included the promotion of Philippine nationalism and democracy, and the development of relations between the Philippines and the United States.

Apolinario Mabini was a Filipino thinker and speaker of the Philippine Revolution who prepared the constitution for the short-lived republic of 1898–99.

Mabini was born into a peasant family and attended San Juan de Letran College in Manila before graduating from the University of Santo Tomás with a law degree in 1894. He joined the armies of patriot general Emilio Aguinaldo in an insurgency planned by nationalists in August 1896, and quickly became his right-hand man. When the Spanish–American War broke out in 1898, Mabini advocated for cooperation with the US as a means of gaining independence from Spain.

When the US proclaimed its intention to occupy the Philippines, Mabini joined Aguinaldo in a renewed fight for independence. He was kidnapped by US troops in December 1899 and deported to Guam after refusing to swear allegiance to the US. He was only allowed to return home a few months before his death.

Writer, lawyer and journalist Marcelo H. del Pilar was born to a lawyer’s family. Marcelo was the mayor of Cupang, Bulacán, during the Spanish administration. After finishing law, he petitioned the Spaniards to create schools for Filipinos throughout the country, certain that universal education would benefit his compatriots. Believing him to be an enemy of the state, the Spanish banished him from the Philippines.

He travelled to Barcelona, where he met La Solidaridad founder Graciano Lopez Jaena. Marcelo succeeded Jaena as editor, wrote about his people’s suffering, and continued his reform work. When publication of the paper ceased due to lack of funds, he began to lose hope in peaceful reform and instead advocated revolution. He intended to return to the Philippines, but died of tuberculosis before he could make the journey.

Sultan Kudarat, also known as Muhammad Kudarat, was well-known in Mindanao for his bravery and leadership. Between 1619 and 1671, the Muslim Filipinos of Mindanao were not yet under Spanish rule. Sultan Kudarat was responsible for maintaining unity in Mindanao as Filipino Muslims struggled against the invaders.

Sultan Kudarat’s leadership inspired his people to fight the Spaniards, eventually beating them back. Kudarat died of old age in 1671, never surrendering to the Spanish authorities. The Filipino government named parts of Mindanao after him in recognition of his contributions, including the province of Sultan Kudarat.

Juan Luna, full name Juan Luna de San Pedro y Novicio Ancheta, was a Filipino painter, sculptor, and late-nineteenth-century political activist who participated in the Philippine Revolution. He was one of the first well-known Filipino artists. He earned a gold medal in the 1884 Madrid Exposition of Fine Arts, along with the silver medal of fellow Filipino painter Félix Resurrección Hidalgo.

Luna was known for painting literary and historical settings in the style of European academies of the period, some of which included political commentary. His allegorical compositions often contained theatrical poses inspired by scenes from the classics. Famous Juan Luna paintings include Spoliarium, The Parisian Life and Tampuhan.

Melchora Aquino, popularly known as Tandang Sora, was known as “The Mother of the Revolution.” Her nickname comes from the Tagalog word for “old,” as she was 84 years old when the revolution started. She risked her life to tend to Andres Bonifacio and other Katipuneros in 1896, providing them with food and nursing the wounded. Her bravery became evident after she was captured by Spanish officials, who subjected her to torture and interrogation in the hopes of extracting information about the Katipunan hideout. She refused to submit and was exiled to Guam on the orders of Governor General Ramon Blanco.

Gabriela Silang was a fierce Ilocano warrior who, after her husband’s killing in 1763, took over as commander of rebel troops. She recruited military forces, including native Itnegs, to continue the war against Spain in Ilocos, launching guerrilla raids against Spanish garrisons.

In her final engagements at the liberation of Vigan, she commanded nearly 2,000 troops against an army of over 6,000 Spanish soldiers. Silang lost the battle, so she and her surviving 80 troops retreated to uncharted territory in Abra, where they were eventually caught. Before publicly hanging the General herself in September 1763, the Spanish forced her to witness the public killings of her soldiers. Despite her defeat, Gabriela Silang is remembered for her incredible bravery in fighting for the freedom of Ilocos.

The achievements and contributions of the Philippines’ national heroes are worth remembering and commemorating – no matter how mundane the minutiae of our own lives, we can be inspired by their fortitude, their bravery, and their strength in the face of adversity.