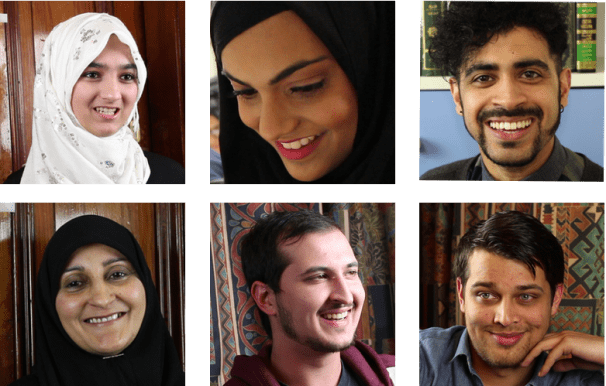 One of the first things we did when putting “Muslims in Britain” together was to ask Muslims from the local Cardiff community to explain their stories of how their families came to live in the area. The result – which can be seen in a video near the middle of our course – was a collection of narratives which stretched from Mombasa to Dhaka, across England and Wales, and involved textile workers, schoolchildren, bankers and chaplains.

The cumulative effect of these multiple voices was to present a challenge to any one-dimensional depiction of British Muslims: the incredible ethnic, religious and cultural diversity of the population was brought to life.

It is this emphasis on the lived experience of individuals that gives our course its unique character. Over four weeks, learners will gain an understanding of the beliefs and practices of British Muslims, explore the long history of the relationship between Britain and Islam, before turning to communities in Britain today and key contemporary debates.

At each point, we want you to view these topics through the lens of real experiences. For example, when considering the issue of gender for British Muslims, we hear directly from Rehanah Sadiq, who was the Muslim chaplain supporting the 2012 Olympic games. She has an enormous wealth of experience working with British institutions and communities.

This emphasis on a multiplicity of voices reflects an important research methodology used in the work of the Centre for the Study of Islam in the UK at Cardiff University. By joining us on “Muslims in Britain: Changes and Challenges,” you will also start to develop these tools as a way of building their understanding of those around them.