What are the differences between publishing and recording deals? 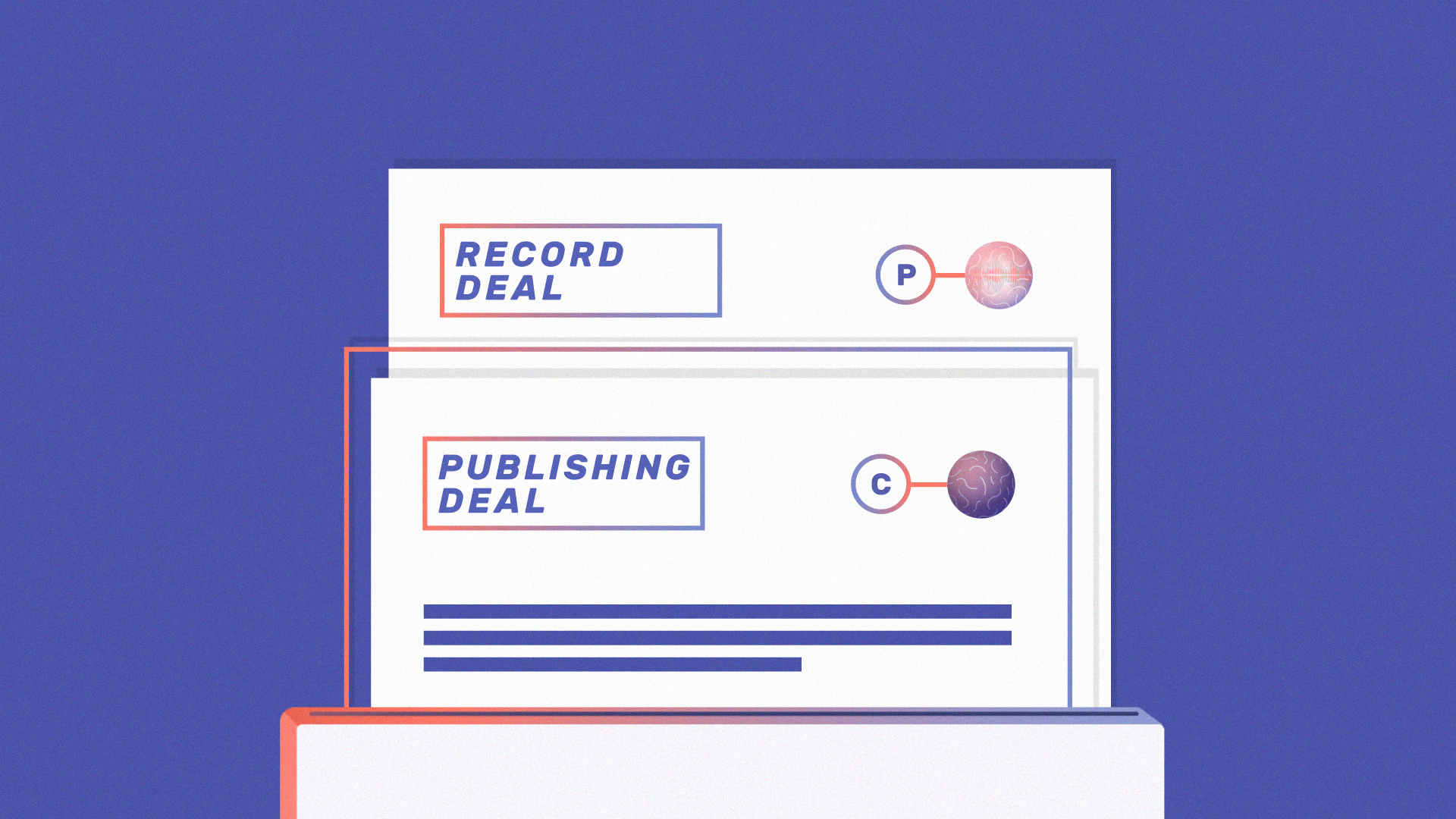 Having written their song and performed at the open-mic, Tina and Ben want to find a wider audience for it and they also hope to make some money out of it. Traditionally there are two main types of contracts or ‘deals’ they are likely to seek in order to achieve this: a music publishing deal and a record deal. Although they are worried that these deals could be immensely complex, it is possible to identify the core elements of these copyright contracts… The exclusive ‘bundle of rights’ (identified in step 2.6) in the song and the recording of the song form the foundations of two main pillars of the music industries: the music publishing industry and the recording industry.The music publishing industry is primarily engaged in the acquisition and exploitation of the copyright in songs. Songwriters transfer control of the rights in their song, or even all of the songs they write during an agreed period, to the publisher. In return they receive a share in profits from the song in the form of royalties, and perhaps even an advance payment against future royalties. The copyright in the song will often revert to the ownership of the writer/s after an agreed term stated in the contract.As the name suggests, the recording industry is engaged in the production and dissemination of sound recordings. In most instances the record company will be the owner of the copyright in recordings they have paid for. The record deal will, like the publishing deal, usually make provision for artist royalties.Record companies and music publishers offer creators access to support, specialist expertise and financial backing that otherwise might not be available to them. However, Ben and Tina must be aware that, until any advance payment and other costs such as recording and promotional expenses are paid back or ‘recouped’, they will not receive income from the copyright they have assigned or licensed in the deal.An assignment of rights is akin to a full transfer of ownership, albeit not always on a permanent basis. A licence of copyright may be more limited in scope, and does not imply a full transfer of ownership. Creators are required to assign or license control over their song to the record company and/or publisher not only for the UK, but also often on a worldwide basis. Record companies and publishers will then administer the copyrights in other territories or engage local companies to do so.In short, signing a deal has wide-ranging ramifications that Ben and Tina must consider. Before entering the agreement they should seek the advice of a specialist music lawyer. Indeed, a reputable record company and/or publisher will most likely to insist on this in order to ensure the contract is enforceable.

View Course
But where record and publishing deals were once seen as essential, in the Digital Age, technology has made it far easier for creators like Tina and Ben to release their own songs and recordings. We will see this in more detail in the next step.

Hi there! We hope you're enjoying our article: Publishing and recording deals
This article is part of our course: Music Copyright: Understanding UK Copyright Law When Working with Music