Skip main navigation
Home Floods in Australia: How to prepare for extreme weather events
Published on May 7th, 2021

We discuss the recent floodings in Australia, why they happened, and how we can prevent and deal with floods in the future. 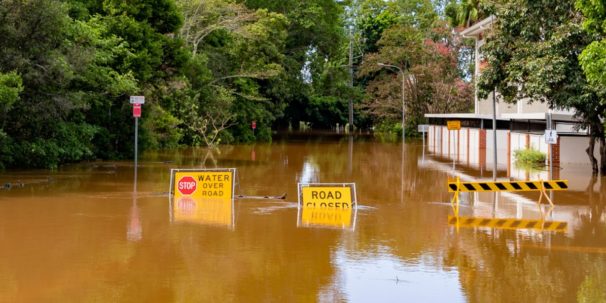 As climate change continues to escalate, we’re seeing more extreme weather events like the Australian floods in March. Although the floods have come to an end, the consequences are still being felt all over the country, and the same can be said for other countries that have experienced devastating extreme weather events.

In this article, we’ll be exploring what happened in Australia, including the cause of the floods and the much-documented swarms of spiders, before going on to look at floods more generally. Why do they happen, can we prepare for them, and can they be prevented from happening in the first place?

What’s been happening in Australia?

Between March 16th and March 23rd 2021, heavy and continuous rain fell in New South Wales and parts of Queensland, with the region around Sydney being one of the worst affected. This period of flooding was the worst the region has suffered for six decades, and at least 40,000 people had to be evacuated out of their homes.

In addition to this, over 950 rescues were carried out by emergency services, and at least 35 communities in northern New South Wales were totally isolated by the floods. In just 4 days, rainfall created between 16 to 24 inches of water on the ground, with some places even having rainfall approaching one metre deep.

On the 31st of March, the New South Wales emergency services issued an “all clear” after the flooding subsided on the Hawkesbury River. Sadly, at least 2 men died after being trapped in floods whilst in their cars.

Why have there been swarms of funnel-web spiders?

In the news, you may have seen or heard about the influx of funnel-web spiders that were shown swarming the ground. Australian funnel-web spiders are a native species with highly toxic venom, though luckily, antivenoms were created in the 80s to prevent death by bite. Either way, these spider swarms must have been a pretty scary sight for any witnesses.

Experts suggested that these critters were attracted to the heavy rain and warm weather during the floods, as these are the perfect mating conditions for them. In addition, their increased movements were likely a result of them trying to escape from the floods and search for dry land.

How do floods occur?

Before we can discuss how to prevent floods, it’s important to understand what they are and how they occur. A flood is where parts of normally dry land become overflowing with water, and can range from being a few inches deep to several metres. It can take a long time for floods to subside, as the water needs somewhere to go.

Anywhere can suffer from floods, but there are certain areas that are more high risk. This includes places that are near rivers, as large amounts of water are constantly travelling through, and also urban areas with lots of paved surfaces, as the water pours onto the ground from roof funnels and cannot be absorbed.

Flash floods, like those seen in Australia, are particularly dangerous because of the damage they cause in a short period of time. Water cannot be absorbed by the ground, rivers and lakes overflow, and communities become quickly overwhelmed.

There are several main causes of floods, and we’ll provide some more detail on each of these below. This information comes from a mixture of sources, including some of our open steps, and the UK website for environmental law.

One of the biggest causes of flooding is the weather. Even if other factors cause flooding to get worse and persevere, the initial cause will often be weather-related. Some examples of weather events that can cause flooding include:

As you can probably imagine, the weather is closely connected to climate change. In our open step about the effects of climate change on water health, experts suggest that climate change affects the availability and distribution of rainfall, snowmelt, river flows, and groundwater. Additionally, many parts of the world have experienced an increase in precipitation over the years, including storms and hurricanes, which are likely to cause floods and jeopardise water quality.

If you’re interested in learning more about the weather, we have several interesting courses for you, including our Come Rain or Shine: Understanding the Weather course, where you will learn how to understand and explore the physical processes behind the weather.

Maintenance upkeep and sustainable construction are particularly important in urban areas, where certain things need to be maintained in order to keep everyone safe from extreme weather events. The combination of extreme weather and poor maintenance can lead to disastrous flooding. Some examples of maintenance failures that can cause floods include:

Besides regular urban maintenance, it is also important for local governments to develop solutions for extreme weather events such as flooding. Ideally, these would be pre-emptive measures, to avoid unnecessary destruction of lives and property. Some examples of development issues that can cause flooding include:

What caused the Australian floods?

Now we’ve discussed the usual causes of floods, we can look over to Australia. The extreme floods were caused by a complex weather pattern called La Niña, which is related to the ocean temperatures and occurs every couple of years. It’s characterised by low-pressure zones above the Western Pacific, which can cause increased rainfall.

La Niña is known for causing more rainfall and tropical cyclones in the summer, but scientists suggest that climate change is making its effects more extreme. In 2010, the Queensland floods correlated with La Niña, and the damages cost over $2 billion. Even though La Niña has caused floods before, the disaster in March was rare in how geographically extensive and widespread the floods were.

What are the negative impacts of flooding?

As you can imagine, there are many serious consequences of floods. In this section of the article, we’ll look at how flooding can affect both humans and the environment. Although we’re looking at them separately, it’s worth acknowledging that humanity, society and the environment are inextricably linked.

Below we’ll take a look at some of the negative impacts that floods can have on humans, their communities and society:

It’s not just humans that are affected by flooding. We share this planet with many plants and animals, and they can suffer the consequences too, as seen below:

How can we deal with flooding?

One suggestion that experts from the University of Reading make in our open step about flood forecasting, is to act in advance of a disaster. They suggest that there should be plenty of measures put in place when there is no extreme weather, so that communities are able to quickly deal with problems when they arise.

Plans should be made to deliver warnings to the public, put in temporary flood defences or evacuation processes, and learn more from hydrology and meteorology experts about how to predict floods, particularly in vulnerable areas.

In our open step about adaptation as part of creating a sustainable future, you can watch a video where two experts discuss how we can adapt to face challenges such as flooding. They highlight the importance of reducing flood risks through development and flood management, and also discuss the power of the individual and communities to prevent damage and help each other out.

First, the community needs to understand their vulnerability, capacity and exposure to risk. Secondly, they need to actively take measures to mitigate hazards and be prepared when disaster strikes. This also relates to our open step about managing disaster risk, which you can learn more about if you want to feel more prepared for emergencies.

Is there a way to prevent floods in the first place?

In addition to understanding how to deal with floods, we need to know how we can actually prevent them from happening. We’re going to look at this in two ways. First, we’ll discuss how having flood management systems in place can prevent floods from becoming dangerous, before exploring how we can reduce the fallout from climate change.

Of course, a lot of the changes that need to be made rely on small and large-scale government policies. If you want to learn more about government strategies for climate change, you can try our Sustainable Cities: Governing Urban Adaptation Under Climate Change course. Alternatively, discover how policymakers can plan for and manage environmental changes in our Making Climate Adaptation Happen: Governing Transformation Strategies for Climate Change course.

Flood management systems consist of anything that can be put into place to manage floods, and potentially stop them before they get out of control or too impactful. Below, we’ve provided some examples listed by the Environment Agency:

If extreme weather conditions are one of the major causes of floods, then we need to start thinking more about climate change. Australia has clearly been affected by climate change in the past year, having gone from experiencing unprecedented bushfires that devastated wildlife, to this extremely rare flooding.

Australia’s natural rainfall patterns already vary greatly, but if you add a warming planet and warming ocean to the mix, the chance for extreme rainfall rises. Heavy rain is more likely because the amount of water that the earth’s lower atmosphere can hold increases by roughly 7% for every 1℃ that the planet warms by. Additionally, warmer ocean surfaces increase the rate of evaporation, which creates moist air and also increases the chance of rain.

But how can we slow down or prevent climate change from happening? The first thing you can do is try to turn your climate anxiety into positive action, and put pressure on local and national governments to make changes. This could take the form of signing petitions, going to protests, writing letters to your MP, and educating people on climate change.

The second way you can make a difference is by focusing on individual lifestyle changes that lessen your impact on the earth and those who live in it. This includes things like using environmentally-friendly transport, buying locally and trying to create less waste. You can check out our blog post on how to live sustainably to learn more about making positive changes.

The Australian floods thankfully have come to an end, but sadly the repercussions are still being felt across the nation. Of course, there will be more floods and extreme weather events, but hopefully, this article has helped you feel more prepared to face such threats. Whether you want to make sure your government has flood management systems in place, or you’re thinking about making lifestyle changes to fight climate change, we hope you learned something beneficial. 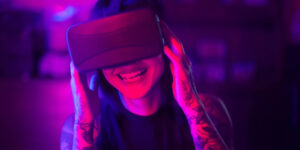 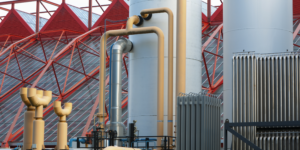 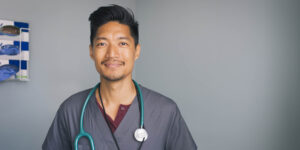